I like FunToys’ Gvibe because there is nothing else like it at Little Shop- and with an inventory as large as ours that’s actually a pretty impressive feat. 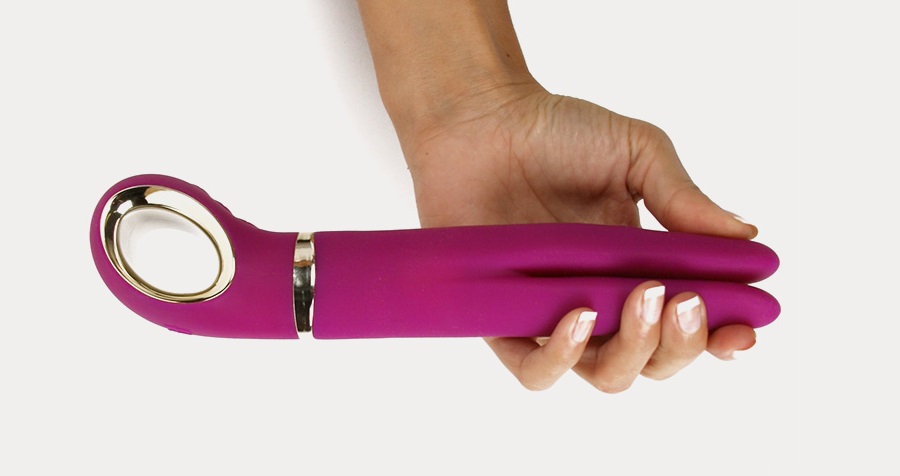 The Gvibe² begins with a looped handle, which allows for a secure grip and also places the three-button interface in reach of the thumb during use. A "+", "-", and function button control the power, intensity of vibration, and cycle of six vibration patterns. Just beyond the metallic ring that delineates the insertable portion of the toy is the first of three powerful motors. As the shaft splits, the silicone flares into two points that curve out and open like palm fronds. The other two motors are located in the tips of these two lengths. 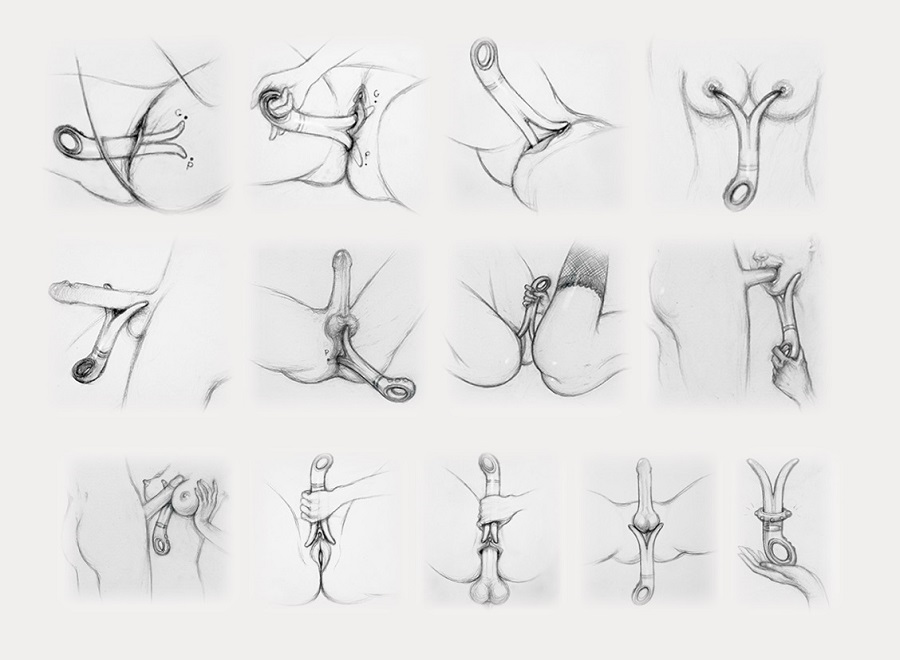 The second generation of Fun Toy’s popular Gvibe, which debuted in 2012, the Gvibe² features upgrades that include the addition of a third motor, located in the lower shaft of the toy where the two halves meet. It also now employs magnetic charging technology, is completely waterproof, and has a new travel lock function (accessed by holding the "on" button for two seconds). Like ever, the soft material of the Gvibe² is medical grade silicone.

If you value versatility in your sex toys (and who doesn’t) come check out the Gvibe² at either LSOP locations, or on our website.